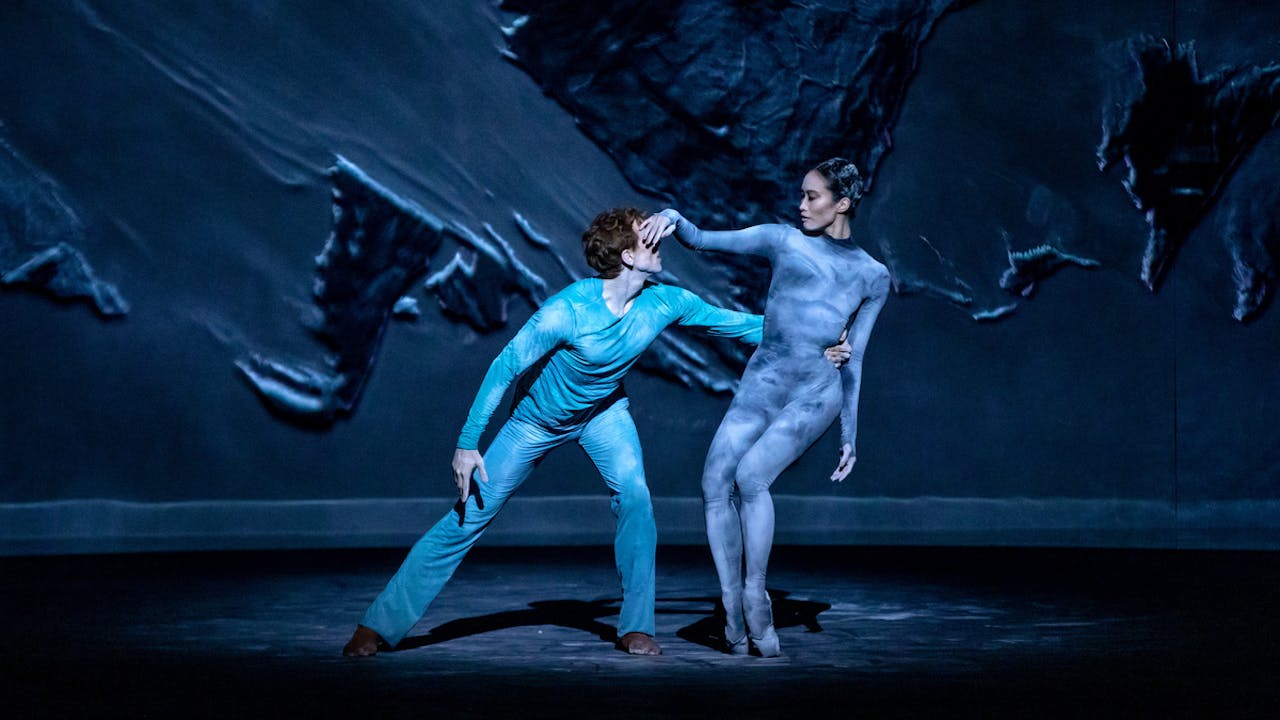 A major artistic collaboration between trailblazing forces of the contemporary arts scene. Available to watch for £16 at 7.30pm BST on Friday 29 October 2021 until 11.59pm BST on 28 November 2021.

If you are watching in the UK, you will be charged £16 to access this event. If you are outside of the UK, tax will be calculated in accordance with local rates.

Presented as part of the 700th anniversary celebrations of the poet’s death, Dante’s epic journey through the afterlife, The Divine Comedy, is realised in a major artistic collaboration between trailblazing forces of the contemporary arts scene.

In an inaugural co-production with Paris Opera Ballet and music co-commission with the Los Angeles Philharmonic, Wayne McGregor’s groundbreaking choreography comes together with a virtuoso new score by one of the most influential musicians of the 21st Century, composer-conductor Thomas Adès, and designs by the acclaimed artist Tacita Dean, celebrated for her pioneering and poetic work across film and other mediums. With esteemed lighting designer Lucy Carter and dramaturg Uzma Hameed, the creative team unite in this three-part work for the full Company to illuminate the extraordinary vision of Dante.